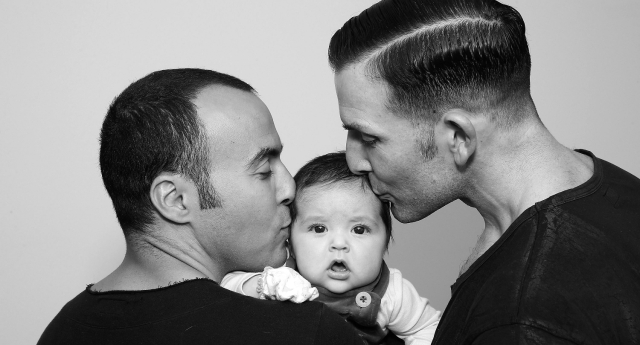 Life. There is no more needed for an animal’s life to begin than only two cells- females oocyte and males spermatozoid. The fusion of these cells brings life to continuity by enabling a vigorous proliferation thus making embryo precursor of independent, self sustaining biological system; an animal.

Not only 24% of the mouse embryos fully developed, but the mice were also able to reproduce in the next two generations bearing healthy pups.

Nowadays, there is still much to research regarding the process of fertilization. Recently, scientists at University of Bath in England and University of Regensburg in Germany have even questioned whether the combination of sperm and egg is necessary to create a healthy offspring.

Pseudo-embryos in the making
It has been long-known that it is possible for an embryo to develop from an unfertilized egg through the process called parthenogenesis, which is represented in such organisms as bees – haploid males, drones. Previously, scientists thought that human embryos could not be produced the same way until 2004 when South Korean scientist Hwang Woo-Suk and his team created the first human parthenogenetic stem line. Despite of the study’s controversial nature, it indisputably sheds more light on the concept of human cloning.

The creation of parthenogenetic cells is done by mimicking oocytes fertilization via artificial stimulus such as calcium infusion, electrical activation and treatment with various chemicals. This results in certain forms of a parthenogenote consisting of only maternal genome cells that have the potency to differentiate into one of many cell types. These embryos can survive only up to a few days due to the lack of the other half of the genetic material carried by the sperm, and thus they cannot be programmed.

In September 2016, a research paper was published in the journal called “Nature Communications’’. The study included the creation of mouse parthenogenotes; their injection with sperm and the conveying of the embryos to a female mouse uterus. It proved to be highly successful as not only 24% of the mouse embryos fully developed, but the mice were also able to reproduce in the next two generations bearing healthy pups.

The future of pseudo-embryos
It was not the egg cells that were fertilized but the embryonic stem cells themselves. Therefore, the study can be seen as a great stepping stone making us wonder that one day it may be possible to modify adult stem cells to have a similar role. In this case, female egg cells would not

be needed anymore. Instead, male sperm and modified skin stem cells could be sufficient for making a baby. However, the intrauterine environment, thus a surrogate would still remain necessary for the healthy growth of an embryo. If this technique will be advanced for human use, male couples would be able to create their own genetic children, infertile women would be able give birth to their babies and men might be able to create offspring by fertilizing their own cells.

Female egg cells would not be needed anymore.

All of this sounds very intriguing, but there are still some limitations. Firstly, more research needs to be done to inspect skin stem cell modification and its interaction with sperm as these cells are not as flexible as embryonic stem cells. Secondly, there have been experiments only on mice so far. Human embryonic processes and genomes are fairly different, so only more research could foresee possible  implications. We must also remember that not only physical but also ethical boundaries exist when playing with a delicate phenomenon such as life.

25 replies on “ The rise of pseudo-embryos ”