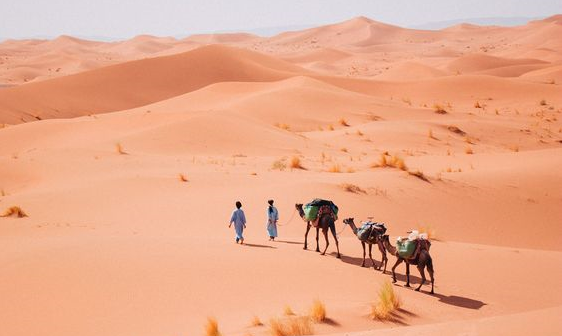 The Problem with 97% of Water

70% of our planet’s surface is covered in water, and it’s easy to think that we have enough to drink and irrigate our farms with, however only 3% of all water is freshwater, and more than 60% of that freshwater is in the form of frozen glaciers.

Over-exploitation of water sources has led to destabilised ecosystems, the withering of the regional floras and faunas, and severe droughts. However, scientists from MIT and Berkley may have found a solution – extracting water from thin air using only ambient sunlight.

“Many of the water systems that keep ecosystems thriving and feed a growing human population have become stressed.” – The World Wide Fund for Nature

There are an estimated 13 trillion litres of water floating in the atmosphere at any one time, equivalent to 10% of all of the freshwater in our planet’s lakes and rivers. The solar-powered harvester, reported in the journal “Science”, was constructed at the Massachusetts Institute of Technology (MIT) using a special material – a metal-organic framework, or MOF – produced at the University of California, Berkeley. Over the past 2 decades’ chemists have synthesised more than 20,000 MOFs, each with unique molecule-grabbing properties.

“This is a major breakthrough in the long-standing challenge of harvesting water from the air at low humidity,” said Omar Yaghi, one of the senior authors of the project.

The research was led by Omar Yaghi, a chemist at the University of California, Berkeley, who constructed this new prototype, that under conditions of 20-30 % air humidity, could pull 2.8 litres of water from the air over a 12-hour period, using one kg of MOF.

“A person needs about a can [330ml] of water per day. That is something one could collect in less than an hour with this system.”

Yaghi invented metal-organic frameworks more than 20 years ago, combining metals like magnesium or aluminium with organic molecules in a tinker-toy arrangement to create porous structures perfect for storing gases and liquids. In 2014, Yaghi and his UC Berkeley team synthesised a MOF that binds water vapour, and he suggested to Evelyn Wang, a mechanical engineer, that they join forces to turn the MOF into a water-collecting system. As sunlight heats the material, the concentrated water is released as a vapour, which then collects on a condenser kept at an ambient air temperature.

“This work offers a new way to harvest water from air that does not require high relative humidity conditions and is much more energy efficient than other existing technologies,” Wang said.

Yaghi hopes the device will be commercialised within a few years, but this is just a first step towards his idea.

“I’d like to see water off the grid, where you have a device at home running on ambient sunlight and delivering water that satisfies the needs of a household, which is what I call ‘personalized water’,” he implies.