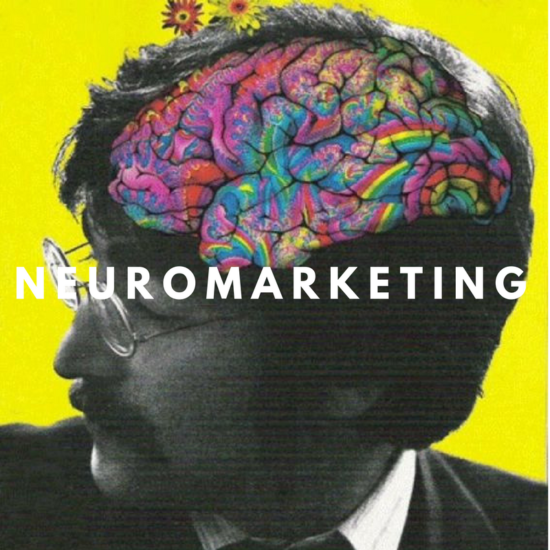 Customers´ satisfaction in their purchase is a significant factor that leads businesses to success. That is why more and more companies want to figure out what exactly can persuade us to buy their products.

To go to the depth of the problem and know more about the human neural mechanisms while making decisions, they started to use a new, so-called neuromarketing approach.

Neuromarketing is the formal study of the brain´s responses to advertising and branding.

Our brain is made up of many clusters and neurons, each devoted to specific functions and processes. The left hemisphere is known as a shelter for language and analytical thinking while the right hemisphere specializes on visualization and creativity. Scientists and marketers think that we have also specific brain areas that are responsive to commercials and marketing stimuli, so-called “buying buttons”.

Neuromarketing is the formal study of the brain´s responses to advertising and branding. Researchers use technologies such as functional magnetic resonance imaging and electroencephalography to measure specific types of customers´ brain activity in response to advertisements. On the one hand, it helps companies to understand what influences our decisions while buying certain products, but on the other hand, it can lead to manipulation of customer thinking.

The connection between neurology and psychology with marketing was first explored by Harvard marketing professor Gerry Zaltman in the 1990s. Researchers found that most of the activities take place in the unconscious part of the brain including emotions and decision-making processes. When we are for example buying a perfume in a store, we are not buying just its fragrance. We are buying that product as a whole. We are also interested in the design of the product, the name of the brand and of course and how much the product costs. That is the answer to the question why we enjoy drinking wine from an expensive bottle more than from a cheaper one, even though the ingredients are identical. Also, why many people prefer to buy a coffee at Starbucks, even though it is not worth its price.

When we are for example buying a perfume in a store, we are not buying just its fragrance. We are buying that product as a whole.

Which one of these products do you prefer more? In 2003, a neuroscientist Read Montague wanted to find the answer to this question and created the Pepsi Challenge hooking up his test subjects to an MRI machine to track brain activity. Consumers were asked to choose between Pepsi and Coca-cola in a blind-taste test. The majority of them chose for Pepsi. But if people truly prefer Pepsi over Coke, why isn’t Pepsi dominating the market? He repeated his experiment under changed conditions and told consumers which sample was

Coca-Cola. Not only the customers’ preferences shifted in favour of Coke, but also the test showed that they were lying. This means that the brand won the actual flavour. Montague concluded that their brain was recalling images and ideas from commercials and that the thoughts and emotions connected to the branding were overruling reactions to the actual quality of the product.

The biggest downside of neuromarketing is its weak regulation of ethics. Companies are starting to abuse this method for gaining more customers by focusing on creating a positive and memorable opinion about products or the company in their minds. Of course, not to be pessimistic, this scientific field also has an important role in research and it can bring a lot of interesting discoveries. Neuromarketing has contributed to the development of neurology such as within pathophysiology, Parkinson´s disease or epilepsy. It is just up to us and science itself how we use or abuse this fragile method.