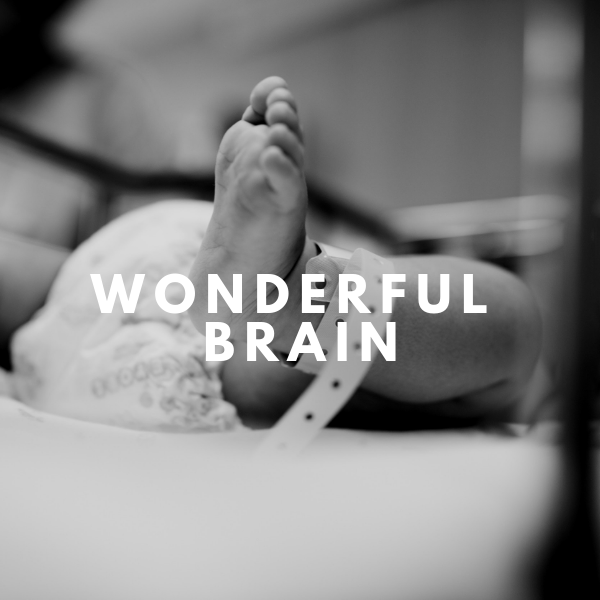 When thinking about the words “stroke patient”, we like to think of elderly people with gray hair and dentures arriving at the hospital after an acute stroke episode. Ultimately, for some this episode is fatal while leaves others with severe neurological disabilities. We are not wrong to think so – according to the World Health Organization (WHO) strokes are the second leading cause of death and the third leading cause of disability.[1] Moreover, the incidence of stroke increases with age with approximately two-thirds of all strokes occurring in those older than 65 years.[2] However, is there such a thing as strokes in babies or children under the age of 3? If there are, what is the extent of the effect it leaves on children? Let’s find out.

What is a stroke?

The word “stroke” can be defined as any vascular injury that reduces blood flow to a specific region of the brain, retina or spinal cord, causing neurological impairment.[3] Simply put, the decrease in blood flow to the brain’s cells – neurons – leads to an insufficiency of oxygen resulting in cell death. Strokes can be divided by mechanism into ischemic and hemorrhagic strokes. Ischemic strokes can be caused by embolisms or obstructions in blood vessels due to a blood clot or foreign substance travelling through the bloodstream.[4] Additionally, ischemic strokes can be caused by intrinsic small-vessel disease referred to as lacunar strokes or severe stenosis or narrowing of blood vessels combined with inadequate collaterals. The symptoms of ischemic stroke are dependent on the region of the brain that has been affected and can range from hemiparesis or paralysis of one side of the body, blindness and memory deficit, to decreased sensory perception and motor aphasia or a condition characterized by a partial or total loss of the ability to communicate. Amazingly, many patients are not in pain and don’t experience any specific symptoms.

As with most diseases, there are people who are more likely to suffer a stroke in their lifetime than others. Just some of the risk factors of stroke include: arteriosclerosis, hypertension, diabetes, atrial fibrillation, smoking and hyperlipidemia. Babies are not the typical age range to be suffering from these conditions so you might be wondering: how in the world can babies suffer a stroke?

Well, according to the research published in the journal of the American Association for the Advancement of Science (AAAS), babies can suffer from stroke during birth as it is particularly hard on the body’s blood vessels and circulation, which results in hypoxia of the brain. This is called a neonatal stroke and is estimated to occur during 1 of 4000 births. Risk factors include placental abruption, chorioamnionitis and placental infection, as well as autoimmune disorders, coagulation disorders, prenatal cocaine exposure, infection, congenital heart disease diabetes and trauma of the mother.[7]

Additionally, strokes can occur as the result of trauma, for example, if the head or body of the infant is violently shaken causing rapid acceleration and deceleration of the cranium also known as Shaken baby syndrome (SBS). Nevertheless, unlike strokes caused by hypoxia, diagnosis of SBS is suspected from the combination of subdural hematomas or between the dura mater and the arachnoid mater[8] and retinal hemorrhages[9] (Figure 1).

However, one major difference between a stroke occuring during adulthood or infancy is the effect it has on further development and communication, more particularly – speech. You see, when the part of the brain responsible for language and speech – Broca’s area (Figure 2), which is typically located in the frontal lobe of the dominant hemisphere, typically the left – is affected by an ischemic or hemorrhagic stroke, an adult might develop motor aphasia – hesitant speech with word-finding difficulty and preserved comprehension. In comparison, researchers have found that as teenagers, individuals who experienced strokes around the time of birth are able to understand language as well as their healthy siblings.[10]

Fig. 2. The part of the brain responsible for language and speech – Broca’s area. [12]

To determine how babies were compensating for such severe brain damage, the team imaged their brains and found that babies who had lost brain activity in the left side of the brain responsible for language, developed activity in an area in the right hemisphere that was a mirror image of the normal language region. Normally, this area in the right hemisphere is not involved in speech development in healthy individuals, therefore it is suspected that the brain of an infant is flexible to make accommodations after trauma (Figure 3).

In conclusion, while strokes in babies are rare and mostly occur during childbirth, they can greatly impact the health and quality of life of children. However, strokes that occur at a neonatal stage and affect Broca’s area can be compensated for and have no long term implications. People say childbirth is a miracle, perhaps this is why.

[8] The Free Dictionary – the meaning of word “subdural”

209 replies on “ Can babies suffer a stroke and live to tell you about it? ”