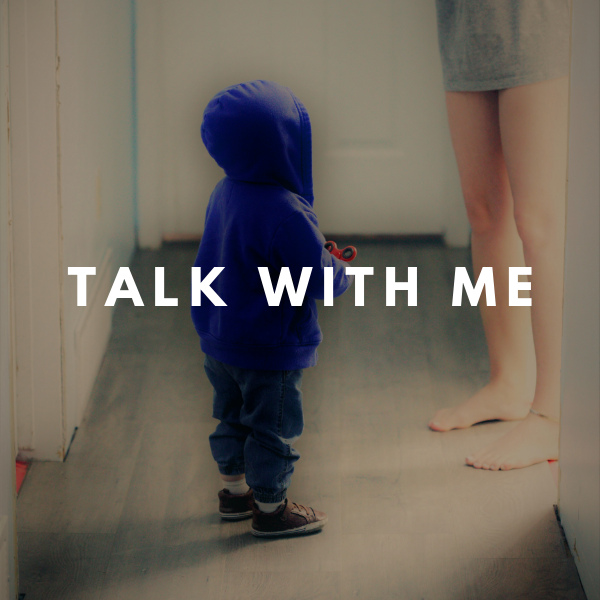 The origin of language dates back by a hundred thousand years and it is a significant milestone of human communication. At the end of the 20th century, scientists discovered that the human language foundation begins before birth and although during the first year of life children are not likely to say a single word, they are accumulating words and learning how to express themselves. It is crucial for infants to copy sounds they hear just like singing birds do.[8] Children learn separate words only after they have learned how to vocalise sounds and repeat them. Afterwards, they learn how to put those words in simple sentences and only then can create long and complicated sentences. Nowadays, children in their daily lives are using lots of interactive toys – they sing, dance, tell stories by flashing different lights or making a variety of sounds.

Common presents for their first birthdays are iPads or tablets as well as smartphones at very young age. By doing this we are forgetting one simple thing – for better linguistic development our children need our time, attention, for example, reading them bed-time stories or singing.

There is no magical age when a child should be encouraged to participate in the conversation- research confirms – it should all start with an early age.

Many different studies have been carried out about the brain development of children in recent years. Still, there is little evidence about the neural mechanisms underlying the relation between language experience and linguistic and cognitive development of the child. Scientists are trying to find different indicators and predictors to forecast young human brain development in association with verbal skills, which are so important in school. Earlier this year an article was published in “A Journal of the Association for Psychological Science”, in which a group of scientists with Rachel R. Romeo as the first author gave insight into their research about children’ conversational exposure associated with language-related brain function.

They were discussing children’s language quantity (number of words) and quality (lexical diversity) as well as how everything heard by children at a young age helps them develop their cognitive attitudes. The target group for their studies were children between the ages of 4 and 6 together with their parents. They chose children without any delay in development and on the first day of assessment checked their hearing. At the beginning children completed different standardized behaviour assessments to evaluate their cognitive skills, additionally parents filled in surveys about their child’s development, the household and the parent’s level of education. Afterwards, they underwent different physical examinations, like an MRI (a medical imaging technique used in radiology to form pictures of the anatomy and the physiological processes of the body, in this case head) and functional MRI (where the assessors can see the blood flow in more active regions of the brain). During the scan all children had to listen to different short stories about events that young children are most likely to be familiar with. Furthermore, all participants were given special digital language processors, which they had to put in the child’s pocket to measure adult speech, child’s utterances and their conversational turns through the day. [1]

The authors of the study found a link between parental education and a child’s verbal ability. They also found a correlation between education and incomes, meaning people with higher education statistically earn more, but they could not prove that the income level could impact a child’s verbal skills. This was an interesting finding because other studies suggested that a low socioeconomic status predisposes children to the development of poor linguistic skills.[2], [3] These assumptions date back to 1995. There were different authors who found a relationship between the socioeconomic status, children’s verbal skills and further success in school.[4] The researchers found that the kids who are living in poverty hear 30 million fewer words by the age of enrolment in education. Although the word count per se does not mean too much as it is more of a statistical indicator, it does however give a child the concept and a way of categorizing his/her world and expressing feelings and desires.[2], [5]

Quantity or quality of conversation?

In research lead by Rachels R. Romeo however, they couldn’t find a connection between socioeconomic status and a child’s variability of language. These findings suggested that not only the quantity of words matter, but also the quality of conversation with a young child gives him/her a better comprehension of language. With the help of neuroimaging analysis the researchers found – the more conversational turns children experience, the greater is the activity in a specific brain region called – Broca’s area – during language processing.[1], [5] This region is named after Dr. Pierre Paul Broca – a famous neurologist and is found in the inferior part of frontal lobe, mostly of the left cerebral hemisphere. For a long time it was presumed, that this region is more for language production, however, nowadays it is clear that this area plays a significant role in language comprehension. Damage to this area makes speaking entire words impossible and there are many uncoordinated utterances.

Children usually produce their first spoken single word utterance between 12 to 15 months of age. During this time, the child’s brain undergoes rapid development in Brocas’s area.  The amount of conversational turns a child experiences daily develops a child’s language skills. Also, well-known American psychologist Ph.D. Kathryn Hirsh-Pasek, who dedicated her life to research language development, emphasizes the importance of playing with children and early childhood education. She stresses that children learn from a person directly not from television or other devices. This is visualised in the figure below (Figure nr.1). As you can see – the higher the use of electronic media, the lower the conversational turn count in children.[2], [6]

All parents and caregivers interact and communicate with kids, but there are clear disparities in the amount and quality of interaction.

In the last decade, a lot of research has been done on this topic, and the main conclusion is that children benefit from everyday interaction with their parents and carers, for example, by regularly talking to them, reacting to their needs and other stimuli, as well as verbalising their actions and explaining situations.

Families should pay more attention to the babies’ or young children’s social and verbal communication by looking and pointing at something and should always respond to verbal and nonverbal communication. Toddlers who are engaged in more conversational turns demonstrate stronger linguistic outcomes than their peers who experienced fewer conversational turns. Parents’ warmth is associated with numerous positive outcomes in later childhood and adulthood including better memory, higher achievements, language ability, and income.[7]  Unfortunately, with the increasingly high rate of different electronic media the frequency of conversational interaction in last years has decreased in households. Various guides and campaigns are developed for parents to increase communications between the parent and child, for example:

Let’s not forget – we are raising the next generation, and we are responsible for their communication skills.