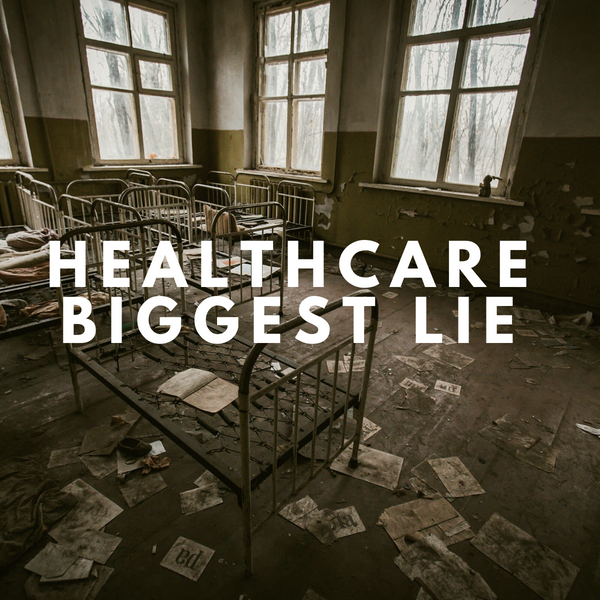 The Latvian vaccination calendar includes vaccines against 14 diseases, while additional vaccines are available for risk groups. Their aim is to protect children and adults from severe infections, in order to avoid complications and death. To vaccinate or not to vaccinate is every person’s choice. Even though the benefits seem undeniable, there are people who actively campaign against vaccination, citing the numerous “evils” that vaccination can cause. One of these so called “evils” is the statement that vaccines are the cause of autism in children. Where has this statement originated and is there any truth behind it?

A little bit of history

More than 200 years ago – in 1796 – the English physician Edward Jenner tested his proposed hypothesis – if pus from a cowpox pustule is inserted into an incision on a person’s arm, the person is protected from becoming ill with smallpox. How did Mr. Jenner come to this peculiar idea? It had already been observed that people who became ill with cowpox, a relatively mild disease, did not suffer from smallpox – an infection that killed 400 000 Europeans every year. Milkmaids were especially prone to becoming ill with cowpox or as we would say in modern day terms became immune to smallpox. Alas, Jenner’s pilot experiment was carried out on his gardner’s 8 year old son who received incisions as well as insertion of pus from a cowpox pustule on both arms. Later on, when James was infected with the smallpox virus, he showed no signs of infection – James had become immune to smallpox. Since the 10th century in Ancient China there have been news about the insertion of the content of a smallpox pustule or inoculation in a human body with the aim of protecting the body from the further development of the disease, however this method proposed a risk of becoming ill with smallpox. Jenner wasn’t the first scientist who tried the process of using the cowpox virus. Nevertheless it was his work and publications on the effectivity of this method that gained wide recognition and became the origin of modern vaccination. The term “vaccination” itself is derived from the latin word “vacca”, which means cow. Later on, Louis Pasteur and other scientists developed the vaccination technique, creating vaccinations for a wide variety of different infectious agents.[1, 2]

Where are we now?

Nowadays people don’t become ill with smallpox – it was declared to be an eradicated disease 38 years ago. Poliomyelitis has also not been diagnosed in Latvia since 1962. Cases of mumps, measles and rubella are also rare.  The number of diphtheria patients in Latvia is amongst the highest in Europe, but could still be counted on hand. After a bite from a stranger’s dog or a wound acquired in nature, you must not worry about a possibly agonising death from rabies or tetanus. The decrease in the number of cases of these often deadly diseases is because of vaccination, which effectively averts the further development of the disease. According to the US Center for Disease Control and Prevention 2 to 3 million people are protected from death because of vaccination each year.[3]

However, miraculously there is a dark side to this exceptional medical progress – if I have never seen paralysed children, none of my relatives’ children have died from diphtheria or measle encephalitis (inflammation of the brain) and nothing is depicted on internet websites, a question arises: is vaccination even necessary? It’s no secret that vaccines like any other medical procedure has possible side effects. Most of these are associated with the immune system’s reaction to the vaccine itself as foreign – manifesting as redness, edema and in rare cases – serious side effects such as cramps.[4]

An anti-vaccination movement has appeared in the world, which agitates against the use of vaccines and declares the development of autism as a possible complication.

It’s not necessary to search long and hard for people who are actively against vaccination – articles on the “dark side” of vaccination, the “truth” and the “Big Pharma conspiracy theories” can be found in Latvian internet forums and on alternative health websites.

Even more information can be found in the vast internet of US and Russia, as well as documentaries of questionable quality. Of course Semper Anticus stands high above the level of scandal-seeking, pseudoscientific websites, therefore, offering you, dear readers, a scientifically valid article on the origins of the myth that vaccines cause autism. I will end the intrigue immediately – vaccines do not cause autism. But one thing at a time.

On February 28th, 1998 British doctor, gastroenterologist and scientist Andrew Wakefield together with his colleagues published an exciting series of clinical cases in one of the most prestigious medical journals in the world – The Lancet. The series was titled “Ileal-lymphoid-nodular hyperplasia, non-specific colitis, and pervasive developmental disorder in children”, which was about 12 children with chronic enterocolitis (an inflammation of the large and small intestines) and mental development disorders, out of which nine were diagnosed with autism (autism – a variable developmental disorder that appears by age three and is characterized by impairment of the ability to form normal social relationships, by impairment of the ability to communicate with others, and by repetitive behavior patterns[5]). The authors of the article linked the emergence of symptoms to the combined vaccine against measles, mumps and rubella (MMR vaccine) in 8 out of 12 cases, because there had been no symptoms before the vaccination. In the article discussion section, while attempting to explain the genesis of the symptoms, the authors point out the possibility that intestinal permeability might have been increased due to problems with the intestine function, which would allow several peptides (small proteins) into the bloodstream, ultimately affecting the cerebral function. The authors add that this publication does not prove a link between the vaccine, intestinal function and autism, but they do point out the possibility of such a link.[6]

Many errors of scientific research can be found in Wakefield’s analysis of these cases. First, a very small sample size, secondly, the lack of a control group – any patients with similar symptoms without the provocative factor (the vaccine) being present weren’t included, which would allow to prove causation by comparing the research subjects. If thousands of children in the United Kingdom receive the MMR vaccine during their early childhood years – during the time which concurs with the typical time of onset for autism – it is not difficult to find cases in which both occurrences are simply coincidental. Thirdly, the conclusions are based on hypothetical assumptions which haven’t been proven; for example, the weakened viruses contained in the MMR vaccine haven’t been linked to intestinal inflammation and altered intestinal permeability, also, no peptides have been found that would promote the onset of autism in this manner. It should be mentioned that the causes of autism still haven’t been fully determined, although the contribution of genetic factors to the development of this disorder is known.[7]

Despite these significant scientific objections, the article was published and caused a great commotion, which was aggravated by tendentious statements from the media, causing very unpleasant consequences. In 1996 the MMR vaccine coverage in the United Kingdom was 92%, in six years it dropped to 84%[8], followed by outbreaks of both measles and mumps. As the vaccination coverage declined, outbreaks of measles happened in Japan, Ireland, Austria, Italy, Switzerland as well as other countries with previously low morbidity. For example, in 2000 measles were announced to be eradicated from the USA, but since then the disease has returned with more than 2000 documented cases, including fatalities which would have been prevented by the appropriate vaccination.[9] Wakefield’s publication was like a kick-off for the anti-vaccination movement.

The scandalous publication was soon followed by multiple epidemiological studies made in different countries to evaluate the connection between MMR and autism [10, 11, 12, 13], which contained information from quality registers containing the medical data of thousands of children as well as good statistical analysis. These studies have not found a link between autism and MMR vaccines.

Was Wakefield’s publication just a low-quality scientific study that caused an exaggerated commotion? Unfortunately not. In 2004 journalist Brian Deer found out that prior to publishing his article, Wakefield received a sum of money from lawyers involved in lawsuits against vaccine manufacturers with the intention to obtain additional evidence; Wakefield also failed to observe ethical norms. After these accusations 10 out of 12 coauthors of Wakefield’s original publication withdrew the data interpretation section of the article, claiming that the data had not been enough to indicate a causal relationship between the vaccine and autism. Following an investigation in 2010, the United Kingdom’s General Medical Council announced that Wakefield had acted unethically against the children involved in the study by performing unnecessary medical procedures without the approval of an independent ethics committee, and hadn’t declared a financial conflict of interest. After this ruling The Lancet recalled the original publication, mentioning both the ethical considerations and the scientific shortcomings, such as the fact that the patient selection was not consecutive (as was mentioned in the study) but rather selective. In the same year evidence came to light that Wakefield had deliberately chosen clinical cases that fit the aim to be proven, furthermore, he had faked the results by changing dates and exchanging normal intestine pathohistological findings for pathological ones. The fraud was committed with an aim to gain a financial benefit. For these violations Wakefield was removed from the United Kingdom’s register of medical practitioners, prohibiting him to practice medicine and work as a doctor.[14, 15]

This event shows that a fraudulent publication, which successfully gets cited in the media with an aim to make the next scandalous headline can cause a great deal of damage to the public health. A catchy headline always grabs more attention than its revocation and stays alive in people’s minds for years. It is easy to understand that the parents of children afflicted by an inexplicable illness – autism – want to find an explanation for it, so the injection shortly before the onset of symptoms in early childhood serves as a good scapegoat. However, before you believe the next trendy news on the internet or in the papers, evaluate how reliable is the source and if the news is based on scientific research which isn’t disproven by other research. Where does a loud statement “grow legs” and are these the “short legs of lies?” Of course, it is hard for an average person to answer these questions, especially at a time when it is hard to evaluate the validity of a source without a scientific degree – a  magazine can be published by anyone, as well as an article can be posted on social media or a blog just like this. Unfortunately, Wakefield’s article was published in a prestigious medical journal and is considered one of the most serious cases of scamming that many people “fell for” and the effects of which are still felt today.

However, the readers of Semper Anticus are not average – keep your eyes open and believe doctors because we mean well not loud people without medical degrees when it comes to medical questions.

There’s a difference between knowledge that is based on 200 years of long research and 20 minutes of “googling”. Vaccinate your children and yourselves – why should you get sick and needlessly risk your health and life when vaccination exists, especially with such convincing results?

103 replies on “ Vaccines cause autism – where does this lie grow its short legs? ”