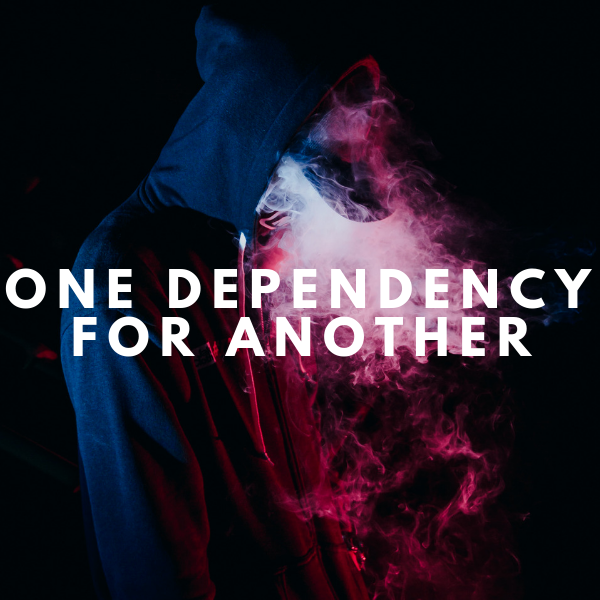 Snus – a tobacco product that has recently become popular among students and sportsmen. Almost all of us have a friend who often puts a “miraculous baggy” under their lip. You don’t have a friend like that? The aim of this article is to tell about the history of snus, its makeup and possible carcinogenic properties or, in other words, ability to cause cancer which the author investigated in his scientific study “Smokeless tobacco (snus) users and smokers premalignant lesions in oral cavity: a pilot study”, as well as to discuss the author’s personal experience.

The first reports of chewing tobacco can be found from the 16th century. French diplomat Jean Nicot offered it to Catherine de’ Medici (Queen of France from 1547 to 1559) as a medicine for migraine, when Catherine became a permanent user of chewing tobacco, snuff (snus’ predecessor) became popular among rich people.

In the 19th century, strict production criteria were developed in Sweden, which are still regulated by the Swedish Food Act. Scandinavian snus is easy to use, it is placed under the upper lip, it does not need to be chewed. Snus tobacco quickly became popular in Sweden. In 2003, Ramstrom assessed the use of snus for cessation of smoking, since between 1976 and 2000, the number of smokers decreased by 25% among men and 13% among women [2]. In Northern Sweden in 2005, only 9% of men smoked cigarettes [1].

In 1992, the sale of snus was officially banned throughout Europe, but in Scandinavia it is still produced and used.

Without communication with the users, and without using it yourself, it is impossible to see how many people depend on the use of chewing tobacco. The author had a large number of friends with this habit, so he easily fit among “his people”.

Snus in large quantities is brought to Latvia from Sweden by users themselves, then sold to friends or well-known people, it is not sold to strangers because those who sell it are afraid of police investigations. You can also order it online, but it is more expensive.

It is clear that if you do not have experienced friends with contacts, you will not get snus at a lower price. Instead you need to search the Internet, order and wait. However, notwithstanding the Cabinet of Ministers’ regulation “On the Handling of Tobacco Products, Herbal Products for Smoking, Electronic Smoking Devices and Their Liquids” section 3, the police do not perceive those who sell snus as a serious threat and they can only be imprisoned if there is evidence of selling large amounts – more than one block (10 snus boxes per block). In Latvia, people can use it freely because the use of snus is not forbidden.

It is simple to use snus, you need to put a bag between your upper lip and gum. The effect appears relatively rapidly, since nicotine is freely absorbed through the mucous membrane into blood vessels. The effect is similar to cigarettes, but stronger: you feel light-headed, your muscles relax, you do not want to sleep.

The author said, “I have a bad habit of smoking, and one of the benefits of snus was that I quit cigarettes because I got the nicotine in a different way, but later to quit “the bags” I was forced to restart smoking”.

Scandinavian snus is made from certain varieties of tobacco, water, salt and fragrances (sometimes). The amount of nicotine depends on the manufacturer. The median dose is 2g, which provides 30 ng/l nicotine in blood for about 30 minutes. Snus producers claim that their product provides the same level of nicotine in blood as after smoking one cigarette, however, compared to cigarettes, snus maintains its concentration for a longer time, extending the effect of nicotine.

It is essential to list the potential pathologies depending on the type of tobacco used and the possibility of increased oncological risks. Most studies on the effects of snus have been carried out in Sweden, since it is the only place where the use and production are official. There are several reports on the risk of oral cancer – 16 oral cancer cases in snus users were reported in 2012 [4]. A study was conducted in 2011 and it has shown that the use of snus increases the risk of pancreatic cancer [5].

The greatest attention should be paid to the local effects of snus on the oral mucosa and histological changes.

Axel T. E. developed a major study in 1993 [6] to demonstrate the potential changes in the oral mucosa in chronic snus users. Possible effects: gum detachment, leukoplakia (white and gray patches inside the mouth, may be caused by irritation), gingivitis (inflammation of the gums), epithelial cell dysplasia (characterized by rapid cell proliferation and loss of differentiation). It is the dysplastic condition and leukoplakia that increase the risk of developing carcinoma or oral cancer. Axel T. E. also emphasizes that these changes are reversible after stopping the bad habit.

Ulcer in epithelium of mouth

In Europe, due to the limitations of sale and use of snus there are few similar studies. Within the framework of our research “Smokeless tobacco (snus) users and smokers premalignant lesions in oral cavity: a pilot study”, we examined the changes in the oral mucosa for the regular snus users, using histological (microscopic examination of tissue) and immunohistochemical (staining with specific markers) methods. Some users agreed to take part in the study and contribute their tissue to the investigation, they signed specially designed documents for the purpose of confirming their consent. It is important to stress that it was difficult to find participants for the study, as several people refused to participate. Tissue biopsy is taken by a specialized dentist, from the place where the bag of snus is most often put.

We use inflammatory markers IL-1, IL-10 to show the activity of immune cells in inflamed tissue; cell proliferation marker Ki-67; apoptosis or cell death markers TUNEL; markers that are increased in case of invasive tumors and are responsible for the destruction of extracellular matter MMP-2, TIMP-2; markers showing neuronal cell differentiation (cells begin to emit substances that are usually released only by nerve cells) – chromogranins A and B, PGP 9.5; as well as routine staining with hematoxylin and eosin.

The following changes in tissue are observed in routine staining: ulcerations, changes in the normal structure of epithelium, epithelial cornification, basal cell hyperplasia (one of the layers of the epidermis where there are cells that are able to proliferate and restore other layers, hyperplasia is cell proliferation as a response to external stimulus) and seborrheic keratoses (increased accumulation of fat cells in mucous membrane), inflammatory cell infiltration.

To sum up, all the results of immunohistochemistry show that the epithelium undergoes non-specific changes that predispose the snus users to the development of cancer.

It increases destruction of the extracellular space, cell death and fragmentation, as well as cell differentiation.

On the one hand, snus can be termed as a health hazard and a carcinogen, which even though reduces the risk of lung cancer when compared to smoking, still increases the risk of other pathologies. On the other hand, as we see from the studies in Scandinavia, the use of snus has rapidly reduced the number of smokers and passive smoking, and hence the number of lung cancer patients.

The question arises whether to legalize snus in Latvia and why its distribution was banned in the first place?

It is difficult to answer, but it can be said with certainty that changing one dependency for another is not a victory. However, it is not worth it to control the use of snus like an illegal drug. Personally, nicotine has helped me concentrate for years. Everyone has a choice of what to do with his or her health as long as it does not endanger others.

159 replies on “ Is Snus a Panacea for Cigarette Addiction or a New Dangerous Carcinogen? ”