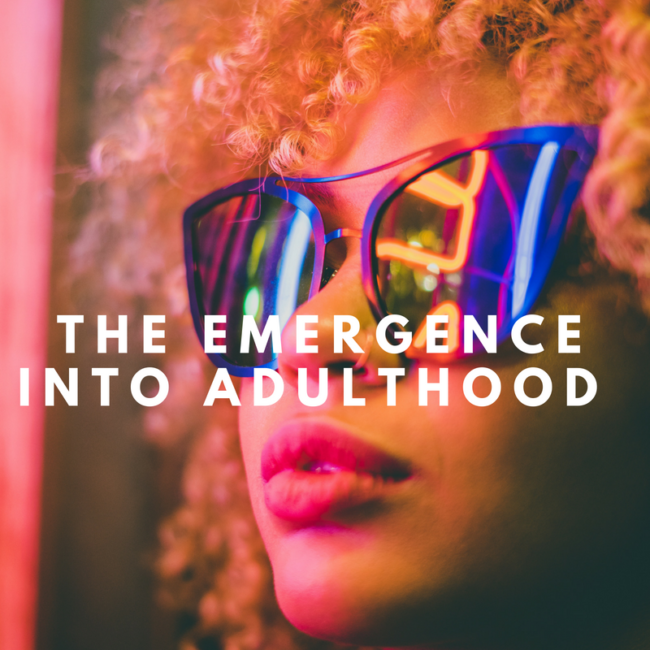 Adolescence is nestled between two transitions — the end of childhood and the beginning of adulthood — with malleable borders.

Epidemiological data suggest a trend of earlier puberty in some countries, including the United States and China; meanwhile, societal changes and a growing awareness of the timeline of brain development are pushing the accepted threshold for adulthood well into the twenties. In turn, many of those previously classified as children and adults alike – are more fitting for the label ‘adolescent’.

With this demographic increasingly growing, several questions arise. Scientists, clinicians and policy-makers now find themselves wrestling with these shifting frontiers and asking: when does childhood end, when does adulthood begin, and what exactly happens in the middle?

Without a good definition of adolescence, it is difficult to nail down what protections and responsibilities adolescents should have. Jay Giedd, a neuroscientist at the University of California, San Diego says “This has profound implications for clinical, educational and judicial systems.”

Before discussing the extremes of adolescence in more detail, there appears to be a vicious cycle regarding the topic itself. In order to study a process and produce answers of essential value, scientific method demands research. The lack of a clear definition could also be choking off funding for research on adolescence. Anne-Lise Goddings, a developmental neuroscientist at UCL, England comments, “It’s hard to give money to something when you can’t say what it is.”

Most of those with young children and/or basic knowledge in paediatrics have heard of Tanner. In ….. Tanner embarked on his Harpenden growth study. It began as an effort to track the effects of improved, post-war nutrition on child development, but would become the most influential quantitative picture of adolescence. Tanner’s team meticulously detailed changes in height, weight, fat, breast and testicle sizes, the thickness of pubic hair, and a host of other physiological characteristics.

Tanner broke down his data into a sequence that has been simplified into the ‘Tanner stages’ (I-IV). The value of the study was in defining the progression of events associated with adolescence; Tanner himself noted that the ages at which they occurred varied too much to be of wide use.

There are questions about how relevant Tanner’s data on adolescence are to today’s children due to some participants having arrived at the children’s home (where the research was conducted) after enduring years of neglect. Despite its shortcomings, Tanner’s catalogue of puberty has become entrenched. Researchers have suggested other scales, some based on different definitions of maturity, others based on hormone levels or voice changes. However, none has had the persistence of Tanner’s study. Even if  the growth curves are a little off, the stages provide a useful point of reference.

In today’s adolescents, Tanner’s stages may be shifting because the onset of puberty — Stage II — is starting earlier in many populations. Tanner himself predicted this change with improved alimentation. The trend towards earlier puberty has continued, and is most notable in girls. A study of Danish children found that the age of onset of breast development dropped by a full year between 1991 and 2006. Similarly in China, over 25 years, the age at which a girl gets her first period also dropped by a year. The evidence strongly suggests that in many parts of the world this change is at least partly due to the increase in overweight and obese children. One of the mechanisms that link obesity with earlier puberty is that excess body fat increases oestrogen production, which in turn stimulates the growth spurt and breast development associated with puberty.

Researchers are trying to find what impact this earlier entry into puberty has on the normal progression of adolescence. “You have some of these girls who at age seven and eight are clearly into puberty. But are they adolescents yet?”

In some ways, they might be. Studies have found that earlier-maturing girls exhibit risk-taking behaviours that are typically associated with adolescence. And in a survey of more than 700 magnetic resonance imaging scans from 275 people, Goddings and her colleagues found some changes in the brain that correlated with the Tanner stage of their subjects. For example, the growth of the amygdala, a brain region involved in processing emotions, was influenced by chronological age and by the onset of puberty.

The definition of the end of adolescence — the emergence into adulthood — is even more nebulous. Although Tanner equated this with the end of puberty, many today use a different definition of adolescence that extends well beyond that point. This could have implications for everything from determining when a criminal can be tried as an adult to when a youth becomes responsible enough to make their own medical decisions.

Although the timing is unclear, the characteristics are also questionable. Unfairly demonizing a specific may leave less of an educational and developmental footprint on the youth affected by prevailing misconceptions. However, furthering the cut-off points would lead to inclusion of a lot more individuals. Therefore, a fair perception is increasingly more important.

Generations of researchers have painted adolescence as a span of unremitting hazards on the road to adulthood. In 1904, US psychologist G. Stanley Hall wrote an influential two-volume opus on adolescence, which he concluded was between the ages of 14 and 24. Hall promoted the idea that adolescence is a time of upheaval. He blamed reading cheep literature as well as engaging in ‘immoral’ activities such as drinking and dancing for resulting in misguided youngsters.

That narrative of fear still prevails, says Nancy Lesko, a sociologist (Columbia University). Lesko worries that the widespread perception of adolescents as irrational risk-takers could bias everyone from policy-makers to researchers. “My guess is that there are lots of changes going on in adolescence that we’re missing because adults, including researchers, are still clinging to these dominant narratives,” she says. If a more firm example is needed – justice system requires certain regulations of where the responsibility of minors lies.

In many societies today, the conventional markers of adulthood are slipping to later in life. Young people spend more years at school, live with their parents for longer, and delay marriage and parenthood. Marriage has historically been a key marker for adulthood in many cultures, says anthropologist Alice Schlegel (University of Arizona). The average age of women at first marriage has risen by two years globally over the past two decades, according to the United Nations. In some countries, that increase is more dramatic: in Brazil the average age has increased by 6 years to 27.  It begs the question, does delaying certain responsibilities or social roles allow adolescence to be extended as far as one wishes? Should there be a limit?

The prefrontal cortex, considered the seat of executive functioning and responsible for the ability to plan ahead and to resist impulses, typically does not come fully online until the early twenties — or later. “The brain doesn’t suddenly become adult at age 18,” says Sarah-Jayne Blakemore, a neuroscientist at UCL. But if not then, when? The World Health Organization set its boundaries at ages 10 and 19, but is that enough?

In 2017, New Zealand revised its regulations regarding children in protective care: rather than sending them out on their own at the age of 18, the government continues to provide support into their twenties. Similar practices are seen in many European countries. The change came in response to reports that the adolescents were not coping well with independence at younger ages. Very similar conclusion can be drawn after observing university dormitories on Saturdays.

As helpful as it would be to have a fixed, biological end-point to adolescence, neuroscientists are unlikely to derive one, says Blakemore. Ultimately, the end point of adolescence is a social construct, she says, with large differences between cultures, as well as individuals. Even though clinically, maturation can be expressed as impulse control, there is a variation of acceptable behaviour and impulse control amongst cultures, genders and times.

Difficult comparisons and interpretations of results across studies complicate social policies leading to a patchwork of inconsistent guidelines. Researcher of neurocognitive development, Beatriz Luna (University of Pittsburgh) says, “I don’t believe the brain has an abrupt change that will determine the end of adolescence”. It makes a lot of sense as maturation of prefrontal cortex is a process that has no limited endpoint.

With increasing requirements from society we live in, there is a chance that new requirements of impulse control might imply new battle ground of redefining adolescence. But summing up where we have arrived in this time and age – we can only leave the conundrum in sociologist’s ball park.