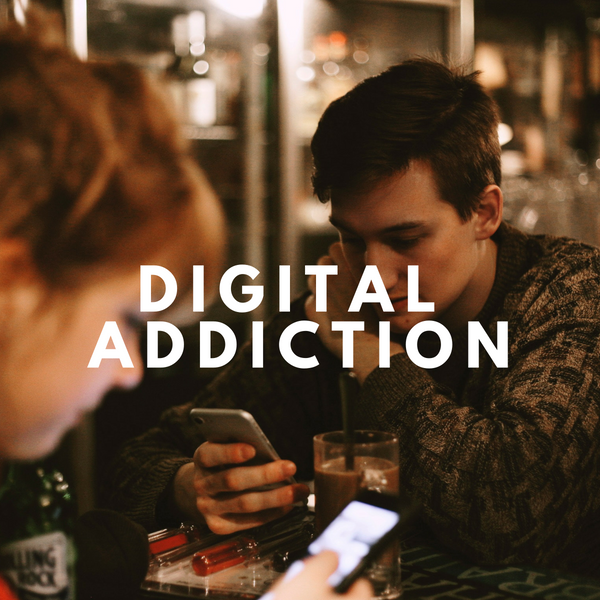 Have gadgets destroyed our generation?

We don’t ride horses anymore when we go shopping and typewriters can mostly be found in museum expositions. In the last 20 years, great steps in technological advancement have been made. If we remember the first personal computers, nowadays they are reduced in size and Wi-Fi is a standard feature on notebooks. In addition, network coverage is ubiquitous and already there are no Wi-Fi immune devices. Professor, author, consultant and researcher Sherry Turkle has spent the last 30 years researching the psychology behind people’s relationships with technology, “And it affects everything – how we work and learn, how we, people, parent and govern, and even how we love”. [1] Several literature reviews and social scientists report that internet use is positively correlated with depression, anxiety, loneliness, and even can lead to suicide. But how did we come to this anti-internet trend in the media?

Robert Kraut called it the “Internet Paradox”. In 1998, approximately 40% of USA (United States of America) households used personal computer. People got used to talking on social media rather than communication with each other face-to-face. It was a concern for social scientists and psychologists that using Internet and social media could negatively affect adolescent’s mental health and development.

There is no harm without good

On the contrary, present studies prove that the use of internet and social media can decrease levels of depression, anxiety and loneliness. While engaging participants in five chat sessions with an anonymous partner, they were administered with scales for measuring depression, loneliness, self-esteem and social support.

Studies confirm the hypothesis that positive online communication with an unknown peer can help recover after social rejection.

There is also statistical evidence in an unpublished survey of 2.100 United States teens. Those who were from lower socioeconomic families were more likely to report their offline problems and talk about them face to face, avoiding the use of social media in comparison to their rich peers. [3] Adolescents who encounter more adversity in their offline lives seem most likely to experience the negative effects of using smartphones and other digital devices. US teens aged 13-18 from families whose total income is less than US$ 35.000 per year spend, on average, around 4 hours a day watching television and online videos. That’s around twice as much time as that spent by their peers from households that have incomes of more than US$ 100.000 per year. [4] In total, low-income teens spend about three hours more each day engaging with screens.

The 2014 study of 3.500 children aged 9-16 from 7 countries in Europe showed that parents in wealthier homes are more likely to “actively mediate” what their child does online. This might be by talking about it, suggesting ways to use the Internet more safely, or joining in and playing computer games, viewing videos or posting alongside their children. [5]

When reviewing research done in the US during the time between 1990 and 2000, people who spent more time on the Internet were more likely to suffer from depression and anxiety. According to the statistics done in 1995, only 14% of the US population had access to the Internet, but time on the computer was spent playing computer games and chatting with strangers. Nowadays 90% of the US population spends their time on the internet communicating with family members and friends.

Research done on students showed that most of the time on the Internet is spent on studies.

University students showed an increased correlation of Internet use and depression and anxiety levels, which could only partly be explained by the use of computers and time spent online, but also has to do with increased mental load, tension and stress. [6]

A review of 36 studies published between 2002 and 2017 indicates that teens use digital communication to enhance relationships by sharing intimacy, displaying affection and arranging meet-ups and activities. [3], [7] A 2009 longitudinal study of more than 1.300 children and teens also showed that children aged 6-12 who had higher-quality social relationships (defined according to caregivers’ descriptions of the children’s relationships with friends, caregivers, siblings and teachers) became more-frequent users of e-mail, chats or instant messaging as adolescents aged 12-18. Their offline friendships as adolescents were also more cohesive, as judged by their own description.

Now we can find literature, in which scientists have stated that vulnerability to Internet addiction may also be due to a person’s genetic predisposition. Scientists found that the same genes are responsible for schizophrenia, alcohol, nicotine and opioid addiction. Also, there are genes possibly associated with addictions and obsessive compulsive disorders (including Internet addiction). The following genes DRD2, COMT, SLC6A4, CHRNA4 are responsible for normal physiological functions in the human body, like normal dopamin, adrenalin, norepinephrine, serotonin and acetylcholine activity. [8]

Mutations in these genes are associated with addiction to different substances and mental disorders like schizophrenia and obsessive compulsive disorders. [9] Lot of studies explaining that behavioral addiction like compulsive Internet use might be influenced by (partly) the same risk genes as addiction to substances. [10]  Having mutations in these genes doesn’t mean that you will develop the disorders mentioned previously, however studies show that the CHRNA4 gene mutation was found more in women with Internet use addiction. German scientists claim that Internet addicts have the genetic mutations in the mentioned gene more often: less than 3 out of 10 internet addicts in the study possessed a mutated CHRNA4 gene, and nearly 2 out of 10 non-internet-addicts had it. [11], [12], [13]

The Internet leads to both positive and negative effects. Many people have more social contact due to the use of the Internet, but there is a decrease in face-to-face contact in everyday communication. It is said that lower socioeconomic background is associated with a negative social media experience, which can result in “face-to-face” physical fights. [14]

In my opinion, communication regardless of being online or offline, is more dependent on how we have been taught to communicate by our parents than how much money they earn. Money is just a number, it can define our status and level of welfare, but not our communication skills.

A recent study showed that those who tended to use more media (especially Internet and television) also tended to be more depressed. [15] On the contrary chatting with your peers can decrease depression level. There are also imperfections in this  research – control groups and different populations should be included in similar future research studies. You can choose, which theory you would like to believe in order to explain the Internet Addiction problem. Although specific genetic factors predispose individuals to compulsive Internet use, we shouldn’t blame our environment or genes for our addiction to  social media. It simply helps us understand that there is a solution for this addiction and we can control how much we use the Internet. In future studies it is important to explore other factors that affects compulsive Internet use, including genetic, environment, socio-economic and psychological factors. [16] Good to know: there is even an “Empathy App” you can find in the Appstore. Just food for thought.

[8] U.S. National Library of Medicine – meaning of the CHRNA4 gene.