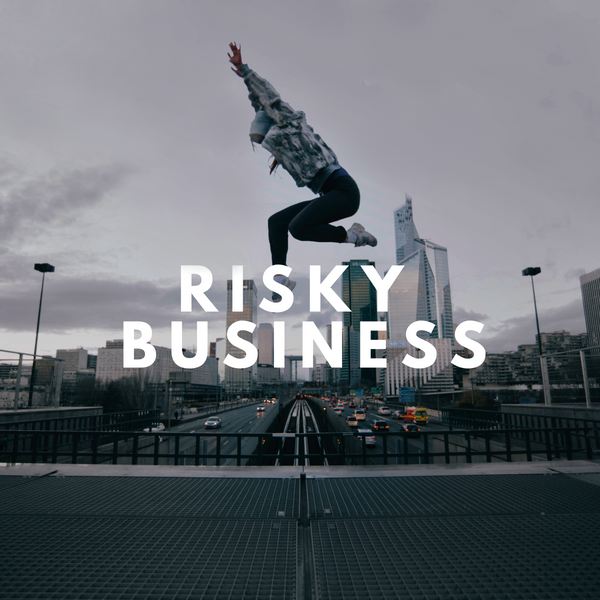 Do you ever look back at your teenage years and think – “Oh my my, what was I thinking?” A lower back tattoo, a questionable hairstyle choice, a broken leg which could have easily been avoided if you had not taken  that leap, a party with random strangers which could have gone wrong in sooo many ways. Well, I am no stranger to that feeling. While I stand by every random hair colour I have ever had, there are some moments in my life I just cannot wrap my head around. How could I, this humble soul, do something that outrageous? How did I not see how much I was risking? Turns out, science has some answers. So, buckle up, we are going to figure out why exactly you put yourself in a position of almost dying that one summer night.

So, how dangerous is it being a teenager? Turns out, very. According to WHO (World Health Organization), the death rate among 15- to 19-year-olds worldwide is about 35% higher than that of  10- to 14-year-olds. Risky behaviours are linked to many of the major life threats during this time (see picture). Road injuries are the biggest cause of death for adolescents globally, seconded by self-harm and other forms of violence. [1]

However, the difference between mortality by causes, which can be connected to risky behaviours, are not higher for teenagers than for adults. In fact, the rate (per 100 000) for death caused by accidents in the USA in 2015 was 28.5 for people aged 15-24 years and 44.4 for people aged 24-44 years, which means that people after 25 are almost twice as likely to die of external causes than 15-24-year-olds. [2] That means, we cannot really prove that teenagers tend to risk more than other age groups only by statistic evidence. Let’s dig deeper then!

Is neuroscience the answer?

If you need to “dig deeper”, you cannot really go further than neuroscience. So, which questions about the mystery of teenage behaviour can it answer? Children are not little adults – this is a phrase, which I, as a paediatric student, hear A LOT from professors. We cannot assess a child as a smaller version of a grown up, because their bodies are much different in how their work – metabolise, thermoregulate, handle stress, etc. While adolescence brings teenagers much closer to being an adult, they are still not quite there yet. It is obvious in their physical features and we can see it from their behaviour. Turns out, it can also be seen  in their brain structure.

Sorry, we have to pause here. I guess for the sake of all readers understanding what happens further in the article, we have to get you all up to speed about the brain’s anatomy and functions. I will just explain to you the parts that will be important for this article. Here is a very simple scheme:

Basically you need to know that the main part of the brain – the cerebrum – consists of an outer zone – cortex, and inner zone – subcortical areas. The cortex plays a key role in memory, attention, perception, cognition, awareness, thought, language, and consciousness. Considering subcortical areas, there are many different structures, but the one that will be discussed in the article in detail is the limbic system – a collection of structures (like hippocampus, thalamic nuclei, striatum etc.), which supports a variety of functions including emotion, behavior, motivation, long-term memory, and olfaction. [3] Now you are good to go!

A developing teenage brain gets an early boost in the subcortical brain areas, especially the limbic system (which, as you already know, are in charge of impulses, instincts, emotions, desires, cravings, etc.). [4] The brain cortex, which is in charge of cognitive processes, develops more gradually. As a result, there is an imbalance during adolescence, which may account for typical adolescent behaviour patterns, including risk-taking. [1] The approximate correlation is pictured below.

This representation of teenage brains, however, does not explain the fact that not every single teen shows tendency to risk. Currently most neuroscientists acknowledge that neural systems developing at different rates do not mean that the brain is unbalanced. “It’s a vulnerable period, but it’s not vulnerable just because there’s something going wrong with their brains,” says Ted Satterthwaite, a psychiatrist and neuroimaging researcher at the University of Pennsylvania. And so work has shifted to looking at a broader range of risks and environmental factors. [1]

A study by psychologist Laurence Steinberg, published in 2005, shows quite an intriguing experiment. Researchers recruited people in three age groups (13 to 16 years, 18 to 22 years, and over 24 years) to study whether the influence of peers on risky decisions depended on the age of the participants. They were put in a type of driving simulator in which they had to drive as far as possible until a traffic light turned red and a wall appeared. If the car was not stopped soon enough, it crashed into the wall, and the driver lost points. The participants were either alone or in groups of three persons in the simulator. The 13- to 16-year-olds were found to be more likely to make risky decisions than the participants in the other age groups, but only in the presence of their peers. Adult driving behaviour was independent of the presence or absence of peers. [5]

In 2011 Steinberg published another experiment – he got teenagers to lie in a functional magnetic resonance imaging (fMRI) scanner and play ‘the chicken game’ — another driving game, where they drive a car, passing through 20 traffic lights in 6 minutes. The participants were to choose, whether to stop when the lights change to amber, or to proceed driving. Sometimes speeding ahead pays off, but sometimes the car gets hit. The results were very similar to the previous study – when teenagers played this game alone, they took risks at about the same frequency as adult players, and when Steinberg told the adolescents that their friends were watching from an adjacent room, they took significantly more risks. [6] In a similar study by Eva Telzer, a neuroscientist at the University of North Carolina and her colleagues, teenagers were told that their mothers were watching. Turns out, most of us are momma’s boys/girls – they took significantly fewer risks. [7]

What is even more interesting, is the fact that the scanner revealed greater activation in the reward-sensitive brain regions, such as the ventral striatum (a part of the limbic system), with the friend-influenced risky behaviours. Meanwhile, the mothers’ presence correlated with activation in the prefrontal cortex, an area known to be involved in cognitive control. In other words, friends stimulated teens to act out of desire to be liked, whilst mothers encouraged them to think rationally rather than take unnecessary risks.

Don’t get me wrong, peers can have positive effects, too. In a 2014 study, teenagers were asked to choose whether to donate or keep money in an online game, while being watched by ten peers. If a participant made a donation and their peers put a ‘thumbs up’, the participant made more donations during the game (although the opposite is also true). “There’s an assumption that teenagers’ friends are a monolithic negative influence,” says Telzer. The real picture is more complex. [1]

And it is not like family has only a positive effect, too. Environmental factors, such as negative atmosphere in the family, obviously have a strong influence on the possible behavioural difficulties in future. What is yet unclear, is whether social context of upbringing can influence the brain’s structural and functional development, or how permanent those behavioural changes are. Nicholas Allen of the University of Melbourne in Australia and his colleagues say that they may have early evidence that upbringing does affect the brain, probably through hormonal interactions. This data is too preliminary to discuss, but they plan to follow these teenagers for the next five years to investigate further. [8]

Adolescence is considered a very emotional age. It is not like we get rid of the emotions once  we turn 21, they just affect us less. In a study by Cohen and colleagues, 110 people aged 13-25 had to perform cognitive tasks. When in neutral situations, teenagers performed as well as the adults. In other situations, where emotions affected them, teenagers, and even younger adults (18-21-year-olds) performed significantly worse than older participants. [9] This and other studies could suggest, that the court system needs some changes. These results imply, that for teenagers crimes committed in emotionally neutral situations should be considered differently from those, in which emotionally led decision-making takes over.

Steinberg testified in five court cases last year concerning criminal sentences for adolescents. After hearing his evidence on how decision-making in teens is influenced by emotion, a Kentucky court last year decided to raise the age of a possible death penalty sentence to 21 years. Some neuroscientists, however, point out challenges and risk involved in using fMRI data in court for individual cases. “Honestly, I don’t think neuroimaging should be used,” says Satterthwaite. “It’s too noisy.” [1]

If you want to learn more about neuroscience’s relationship with law, you can read our article ““My Brain Made Me Do It” or did it? How Forensic Psychology Stands In Court?”

Well, what was that – your brain, your peers, your emotions? No one really knows for sure. What I think is important to mention, is that risk is not only a bad thing. I am not even talking about things like jumping with a parachute or a bungee – asking  someone out, kissing a person you like, saying you love somebody – it is very risky, and takes a lot of courage. But the main point – it is worth it. Looking back on all the risky things you did as a teen, you might think that most of it was a bad idea, you might have a lot of regrets, but some of them for sure were fun. That is why, if you are in that stage of adulthood, just when you think that teenagers are horrible and should be avoided at all costs – cut them some slack, and remember, that you were probably no better yourself. In the end, I think that is what makes us awesome adults.