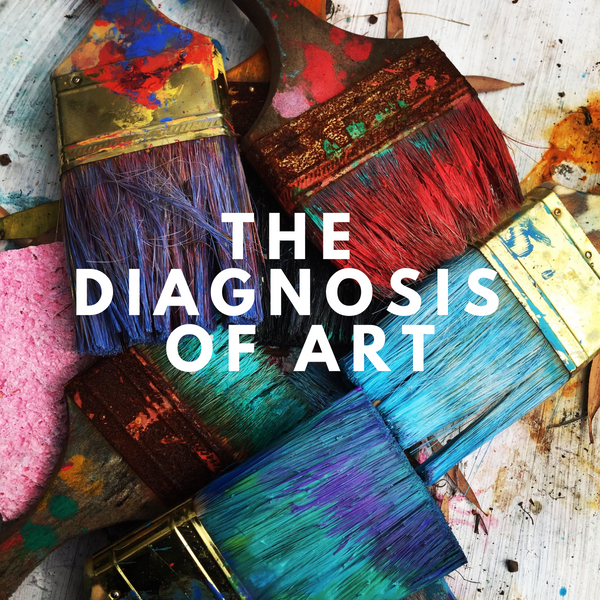 Art and medicine have always been connected. The depiction of medical conditions in art can be useful in studying the history of medicine. Famous artworks quite frequently present medical anomalies, including genetic diseases. In this article I’m going to show you famous paintings , in which diseases and disorders are presented.

Arthritis in the paintings of Sandro Botticelli

Rheumatoid arthritis is an autoimmune disease that primarily affects joints. As a result, joints are stiff, warm, swollen and painful. Joints of the wrist and hands are involved most often.
Rheumatoid arthritis as a disease was first described in 1800. Nevertheless, in Botticelli’s paintings we can identify fingers that were affected by this disease.

If we take a closer look, we can find joint deformities of the interphalangeal joints in the fingers of the saint that is a common sign of this disease.

This Botticelli’s artwork presents rheumatoid changes in wrist, affecting metacarpophalangeal (joint between metacarpal bones and proximal phalanges of the digits) and proximal interphalangeal joints. We can conclude that it is juvenile arthritis because the represented person is a young man. [1]

Down Syndrome in Renaissance art

Down syndrome is a genetic disorder caused by the presence of a third copy of the 21st chromosome, instead of the usual two copies. The extra chromosome deregulates gene expressions in the brain, that result in  mild to moderate intellectual disability and characteristic facial features, e.g. short neck, flattened facial profile and nose, small head, ears and mouth, almond-shaped eyes.
Down syndrome was identified in the mid-1800’s by John Langdon Down. [2]
But there are facial appearances of Down syndrome  in Renaissance paintings.

Unknown artist, “The Adoration of the Christ Child”, 1515.

In this painting there are angels with common facial characteristics of babies with Down syndrome.

Filippo Lippi, “Madonna of Humility with Angels and Saints”,  1430.

The painting shows the representations of two angels with some facial features common in Down syndrome.[3]

In Matsys’s painting  we see common pagetoid features, such as deformed skull and clavicles. This disorder mostly affects elderly people.

Pieter Bruegel the Elder, “The Adoration of The Kings”, 1564.

In this artwork Melchior’s face (taken in the red circle) has features of myotonic dystrophy such as bilateral facial drooping, partial ptosis (falling of the upper eyelid) and premature frontal balding.[3]

Looking at Agosta we can see the classic signs of Marfan syndrome: tall and thin body type, deformity of the anterior thoracic wall called pectus excavatum, relatively long arms and fingers, and also a curved spine.
An interesting fact is that the title of this painting is incorrectly translated as “Agosta the pigeon-chested man and Rasha the black dove”, when the dominating feature is pectus excavatum (caved-in chest) rather than pectus carinatum (caved-out chest). [3]

A Mexican painter Frida Kahlo (1907–1954) is best known for her self-portraits.
Kahlo had poor health in her childhood. Affected by poliomyelitis, at the age of 18 she was involved in a road accident and suffered serious injuries. She had fractured ribs, pelvic bone, both her legs, collarbone and displaced three vertebrae. Kahlo also was impaled through her pelvis by an iron handrail. She underwent numerous orthopaedic operations. Her treatment included wearing corsets for several months. Certain experts believe that from that time Kahlo suffered from widespread severe, chronic pain and profound fatigue suggestive of post-traumatic fibromyalgia. [6] [7]

I want to remind you that everything written in this article are only hypotheses. We can only speculate about signs from artwork to make diagnoses. But there is no doubt that art can be used to educate us about the evolution of diseases and their treatment for hundreds of years. Diseases have always gone hand-in-hand with civilisation, and the fact that we have discovered them does not mean that they did not exist before.

Maybe you know more artwork, in which diseases and disorders are presented? Share your knowledge in the comments!

[5] “HOW IS THE BODY AFFECTED?” Information from The Marfan Foundation homepage