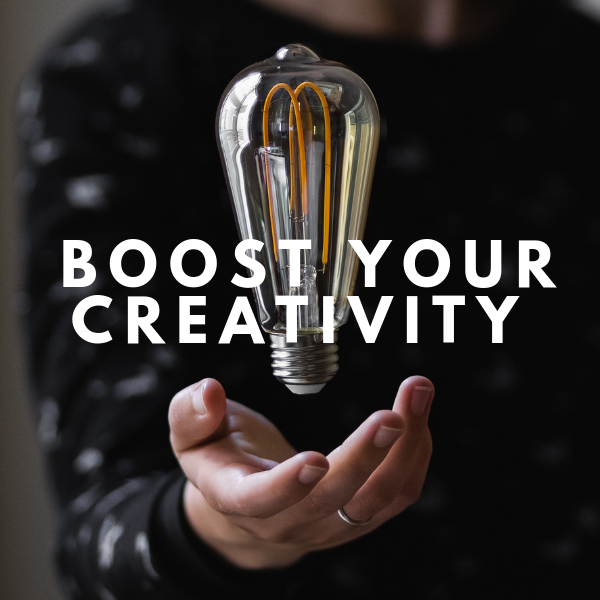 Have you ever been envious of that one friend who always seems to have the best, most original ideas? But maybe you consider creative thinking and coming up with surprising solutions your strong forte? We all need to think imaginatively in our day-to-day lives. Whether it is cooking a meal from a limited number of ingredients you can find in your fridge or decorating your home for a birthday party, the need to be creative is ever-present.

Researchers in the fields of neuroscience and psychology have begun to analyze how different brain regions are involved in creative thinking processes. Evidence shows that creativity is a result of a complicated interaction between controlled and spontaneous thinking – the ability to both generate new ideas and evaluate them to determine whether they can be brought to reality.

Let’s find out what are the different types of creativity and how scientists try to explain why we do not all have the same creative abilities.

The word creativity is often associated with painting, composing music, taking photographs and other artistic pursuits. However, it seeps into endless aspects of our daily lives. Similar to intelligence, it can be considered a characteristic that everyone possesses to some extent. You do not need to be a world-famous artist like Vincent van Gogh or a writer like JK Rowling to be creative.

When talking about creativity, psychologists tend to use the “four c” model to distinguish between four different types of creativity:

So, what is it that determines the level of creativity a person is capable of achieving? Here’s a study that aims to answer this question.

The Alternate Uses Test and Mapping the Brain

In an article published on The Conversation [3], postdoctoral fellow in Cognitive Neuroscience at Harvard University, Roger Beaty, discusses a study he and his colleagues conducted, in order to determine whether creative thinking can be explained by connections between networks in brain.

In the study, 163 participants completed the Alternate Uses Test. A test designed by J.P.Guilford in 1967, in which the person has to think of as many uses as they can for a simple object like a sock or a brick. The test aims for the participant to generate a lot of ideas, thus measuring the so called “divergent thinking”. “Divergent thinking” is the opposite of “convergent thinking” – looking for a single, correct solution – that most traditional tests focus on. [4]

While taking this test, the participants underwent fMRI scans. The functional magnetic resonance imaging (fMRI) scans show that oxygen-rich blood and oxygen-poor blood have a different magnetic resonance. The more active areas of the brain receive more oxygenated blood that are identified by the fMRI to pinpoint greater activity in certain brain regions. [5]

Once the “high-creative” network was identified, the scientists attempted to predict creativity scores of participants, based on how strong were their connections in this particular brain network. “The models revealed a significant correlation between the predicted and observed creativity scores. In other words, we could estimate how creative a person’s ideas would be based on the strength of their connections in this network,” says Beaty.

What goes on in a “high-creative” network

The scientists found that the “high-creative” network belongs to three specific brain systems: the executive, default and salience networks.

The executive control network is responsible for focusing and controlling your thoughts, as well as evaluating ideas and determining whether these ideas will actually work. The default network activates when you are engaged in spontaneous thinking, for example, daydreaming and imagining. The salience network acts as a “switching mechanism” between the default and executive networks.

The interesting part is that these networks usually do not get activated at the same time. “Our results suggest that creative people are better able to co-activate brain networks that usually work separately,” Roger Beaty writes.

So, what does this mean for our future? The Harvard scientists hope that their study will lead to further research on whether creative potential is fixed or can the connections between brain networks be strengthened and consciously developed. There is so much we have yet to learn about brain and its processes. In the meantime, scientists have come one step closer to understanding the neural mechanisms behind creativity. An important part of this discovery is the dual nature of creative thinking: the ability to let your imagination run wild and at the same time to evaluate and contemplate these ideas, both processes of equal significance.