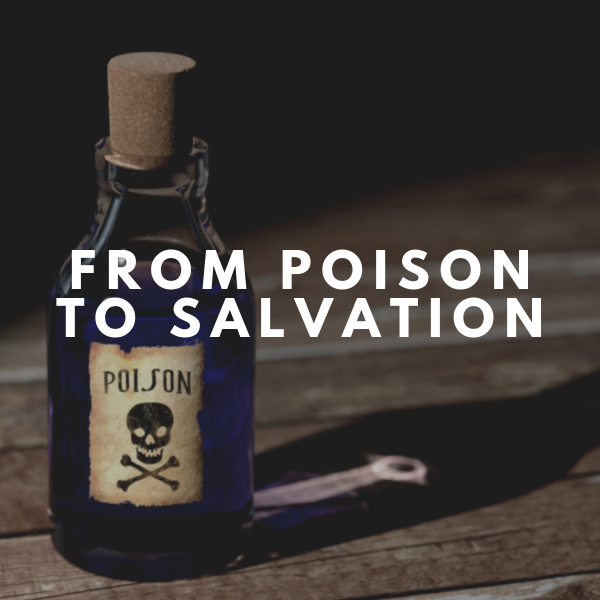 Warfarin, or Coumadin, has been used by people, particularly the elderly, to prevent blood clots and heart attacks for the past 64 years. The identification of the biological role of warfarin has been one of the most life-changing discoveries, saving the lives of many around the world. Despite its many years of use it has continued to hold its place as one of the most important drugs in the field of medicine. But was Warfarin always a hero-drug or did it have an unsavoury past?

Warfarin is an anti-coagulant or blood thinner, which is used to prevent blood clots in patients who are at risk of forming a blood clot in any part of their body. The risks associated with such blood clots are several, ranging from a heart attack when the blood clot blocks an artery and prevents blood from reaching the heart, to a stroke, when the blood clot lodges in the arteries forming the blood supply to the brain and reduces its oxygen and nutrient levels.

Where does our story begin?

We start our story in the Midwest of the USA in the 1920s when dairy farmers suddenly noticed that cows were dying due to a strange disease. The cows would suddenly bleed to death with no prior reason during simple procedures like dehorning or castration. The farmers consulted vets who suggested that the cattle could be bleeding due to a vitamin .deficiency. One clever vet, Frank Schofield, suggested however that perhaps the real culprit lay within the cow’s dinner; hay formed from sweet clover or Melilotus officinalis, which would spoil and create a toxic substance.

Sweet clover is a plant, which made up the hay, and was fed to cattle. Sweet clover was never a problem and was filled with nutrients while it was fresh or dried properly. However, when the rain came and dampened it, it would grow the Penicillum mould and would interact with the mould to form a toxic substance. Since many farmers were not well off, were not well informed about the risks and couldn’t afford an alternative feed, the problem continued.

This was until one desperate farmer, Ed Carlson, decided in the winter of 1933, that he had truly had enough. He loaded up his truck with a dead cow, a milk can of blood and some hay with sweet clover and drove for 200 miles in the middle of a blizzard in search of an answer.

Little did he know that this act, although several years later, would change the history of medicine forever.

Ed Carlson drove to the University of Wisconsin and approached a biochemist, Professor Karl Link and told him about his plight. Although Professor Link said he couldn’t help, a seed had planted in his mind and he asked some of his students to work on the relationship between sweet clover and the disease afflicting the cows.

Seven years later, Professor Link and his colleagues had finally found a solution! They had established that when the sweet clover grew mould, it would create a substance called dicoumarol. When they gave dicoumarol to mice and rabbits, it would inhibit blood clotting. In fact, it was so potent in rats that it was started off as a marketed rat poison.

But wait, that’s rats! Where do humans come into this?

The answer to this question begins with a soldier’s tale. In 1951, a 22-year-old military inductee (later named EJH) was admitted to a US naval hospital with acute back and abdominal pain. He could hardly walk and when he was admitted, he would have violent nosebleeds. Initially, it was difficult for doctors to stabilise the bleeding and they were starting to think that he had been poisoned. When EJH finally stabilised and recovered, doctors asked him what had happened and he told his tale. EJH suffered from depression and he feared too that he would be deployed in the army. To end his life, he had decided to take a small amount of rat poison and hoped to die in his sleep.  When he woke up unharmed the next day, he tried to repeat the act and continued taking the rat poison. A few days later, when the pain and nosebleeds started, he was convinced he was dying. But his story made doctors and researchers wonder; why did this young man survive when a rat would have died many times over with the same dose? EJH was completely unaware that his brush with death would in fact save countless lives!

Over time, more research showed that warfarin could be used in humans to thin blood without killing the patient. However, few doctors wanted to prescribe an already established rat poison as a drug. Warfarin was finally approved for use in 1954 under the new brand name, Coumadin.

Over the course of several decades, the results of Coumadin has been the inspiration for the development of many other anti-coagulants. Since then, several oral drugs such as rivaroxaban, dabigatran, apixaban, and edoxaban have been used as a safe alternative as they do not require any blood monitoring.

However, Warfarin is still used widely for several patients and is in the World Health Organisation’s list of essential medicines. All of this, down to a chance meeting between an exasperated dairy farmer and a determined biochemist! For all its success, warfarin is still just as dangerous as its origin once suggested.

Overdose or unregulated doses of warfarin can cause bleeding, visual problems, dizziness and eventual death. Patients taking anti-coagulants are kept under vigilant examination of their blood clotting times. Vitamin K in food also creates a drastic interaction with its function and must not be taken with meals.

What is the future of Warfarin?

Warfarin is used to prevent strokes, thromboembolism and heart attacks in vulnerable patients. Finding the right dose of warfarin can be a problem. However, we know now that our genetic constitutions determine how much warfarin we need as an individual to keep our body safe while not placing us at risk of haemorrhage and other complications. This knowledge provides the key to managing the problem of finding the right dose of warfarin for the individual. For the first time, frontline nurses in Merseyside and Cheshire, led by research from the University of Liverpool, in the UK are using gene testing to personalize warfarin use and tailor the dose to patient needs. The test kit is relatively simple and involves an easy saliva test to investigate the genes that regulate the response of the body to warfarin. The studies are also being held across in Sweden.

While drug advances are continually being made, it is heartening to see how such a simple drug essential in the medicine cabinets of many individuals came from such humble backgrounds to play important roles in saving the lives of people. Perhaps over time, other groundbreaking drugs will be discovered in similar manners to change the course of the world’s diseases.