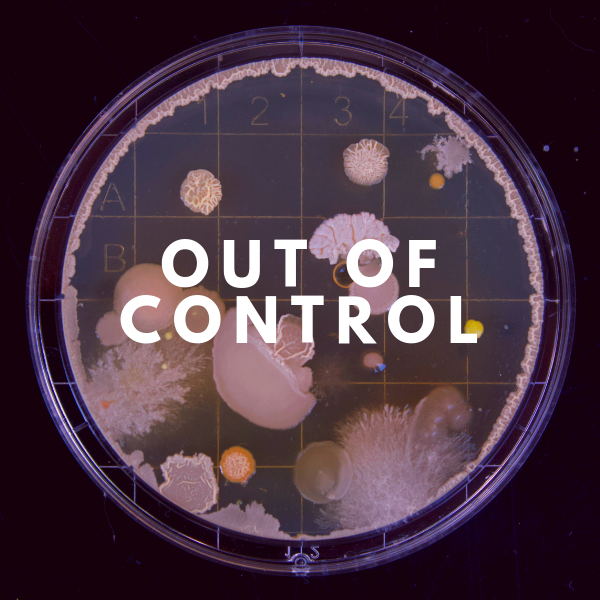 The topic of increasing antibiotic resistance is becoming more and more discussed, and various myths are being spread with it. An example is that using antibiotics supposedly helps you recover faster from an illness, or that a small amount of antibiotics used prophylactically cannot cause any harm, etc. Patients, unfortunately, do not always use the prescribed medications exactly in the way they are intended. Some even save them for another time, so that if an illness reappears there would be no need to go to a doctor. It is evident that people currently use these drugs in diverse situations within human and veterinary medicine. Some advocates of “green” lifestyles, in turn, consider their use as an unnecessary poisoning of the body. So, what is the reality of the situation?

It is believed that humans first started using tetracycline-containing substances (one of the various types of antibiotics currently in use) for medicinal purposes around 2,500 years ago in the region that is now as Egypt and Sudan. This helps to explain why people around this area experienced a significantly lower incidence of diverse infectious diseases. Tetracyclines are unique in that they can be incorporated into both bone and dental mineral substances, leaving markers that are easy for scientists to detect. Unfortunately, traces of other types of antibiotics are much harder to detect, so it is difficult to make any assumptions about which, if any, other antibiotics were also used.

Antibacterial treatments can also be observed in traditional Chinese medicine. For thousands of years, they have been using various medicinal herbs with antiseptic and antibacterial properties.

The beginning of the modern antimicrobial era can be dated back to 1928, with the discovery of penicillin.

Although the antibacterial properties of molds had long been known and similar observations had been reported in the past, it was precisely Dr. Fleming’s engagement, perseverance, and faith in his idea that allowed the world to discover penicillin and opened the door to mass production of antibiotics. It took a little more than ten years for this substance to be tested in clinical trials and proven to be successful in treatment of various illnesses. By 1945, massive production of penicillin had begun.

Another important figure in the development of antimicrobial therapies was Paul Erlich who came up with the idea of chemotherapy.

Inspired by the widespread use of the aniline dye at that time (which allowed coloring of specific microorganisms), he proposed that it was possible to create a “magic bullet” that selectively worked on pathogens and did not affect the rest of the organism. Until 1904, syphilis was a virtually incurable disease. One treatment involving the use mercuric salts proved to be ineffective and caused many severe side effects. Dr. Erlich, along with his assistants, researched the disease extensively and were able to synthesize arsenic-derivative preparations in his laboratory to test their effectiveness in syphilis-infected rabbits. Thus, Salvarsan was created, which, together with Neosalvarsan, were among most commonly prescribed medicines before penicillin. [1]

The three decades between 1950 and 1980 are considered the “golden age” of antibiotics. During this time, extensive research and production of antibacterial agents were carried out and new classes were discovered. Dr. I. M. Rollo and his collaborators concluded in 1952 that treatment of syphilis with arsenic after forty years had not produced antibacterial resistance; this gave hopes that the new treatment with penicillin might produce similar results. Surprisingly, agent that causes syphilis is still susceptible to penicillin; however, many microorganisms have developed resistance not only to natural penicillin, but also to semi-synthetic penicillins, cephalosporins, carbapenems, and other new generation antimicrobials.

So far, antibacterial agents are among the most effective and most useful pharmaceutical preparations in contemporary medicine. They have saved countless lives since their discovery and introduction into clinical practice. Antibiotics have been able to treat or reduce various diseases induced by bacteria, such as bacterial pneumonia, salmonellosis, shigellosis, and tuberculosis, among many others. However, as is the case with other medicines, these agents can cause both adverse side effects and complications. As the antibiotic victory procession was loud and persuasive, it was initially not given enough attention, but now medical professionals are increasingly concerned about the growing resistance to antibiotics.

Resistance is the ability of a specific microorganism to become insensitive to certain medicines in many ways, thus rendering the particular medication ineffective.

There are various mechanisms for the development of resistance; one well known example is the staphylococcal resistance to penicillin, where the bacteria develop a special enzyme which hydrolyzes the cyclic β-lactam ring in penicillin, thus inactivating it.

The first report of antibacterial resistance appeared relatively soon after penicillin was discovered – already in 1940. In 1964, just two years after the introduction of methicillin in clinical practice in England, methicillin-resistant Staphylococcus aureus(MRSA) was reported. Reports from the United States appeared in 1969, and as early as in 1992 there was widespread talk of a crisis caused by the emergence of bacterial resistance due to the excessive use of antimicrobials. [2] Among the main causes of microbial antibiotic resistance is the excessive use of antimicrobials, their inappropriate use, the failure to follow drug courses, and the growing demand for animal products – which increases the use of antibacterial agents in veterinary practice. But is there a reason to worry now?

Increasing antibacterial resistance means that previously easily curable diseases can become difficult to treat or may even become incurable. The treatment of such diseases is becoming more and more expensive, the reason for which is quite simple – they can only be treated with newer, often synthetic, antibiotics, towards which resistance has not yet emerged.

The statistics are alarming. Every year, two million people in the United States suffer from an antibiotic-resistant infectious disease, of which at least 23,000 die. [3]. In Europe, 25,000 people die each year due to antimicrobial resistance. If no action is taken, by 2050 there could be ten million patients who die yearly from various infectious diseases with resistance to specific drug groups. [4] The World Health Organization has established a Global Antimicrobial Surveillance System (GLASS), in which 22 countries participate through economic funding. From their 2016/2017 data, the most common pathological microorganisms are Escherichia coli, Klebsiella pneumoniae, Staphylococcus aureus, Streptococcus pneumoniaeand Salmonellagroup bacteria. Analyzing blood samples taken from patients suspected of blood poisoning, in around 82% of cases bacteria have at least one antimicrobial resistance. Resistance to penicillin varies by up to 51%, depending on the part of the world. E. coli, the most common causing agent of urinary tract infections, is up to 65% resistant to any antibacterial agent. [5]

The GLASS system did not collect data about tuberculosis caused by Mycobacterium tuberculosis because it has been monitored since 1994 and is subject to other statistics. Tuberculosis is also a bacterial disease which is treated with a combination of different antibacterial agents, in order to reduce the development of resistance. Unfortunately, resistant strains of the bacteria have become more and more common, leading to the appearance of the medical term “multiresistant tuberculosis”. In 2016, 490,000 people had multiresistant tuberculosis which means that they cannot use the combination of medicines that are currently recognized as most effective. [5] [6] In the beginning of 2018, 130 new cases of tuberculosis were registered in Latvia, six of which were in children and twelve were proven to be multiresistant. [8]

There is also a tendency in terms of financial costs. Patients with bacterial diseases with resistance need longer hospitalization, more visits to the doctor, and more expensive drugs. For example, the combined use of amoxicillin and clavulanate in pills costs approximately 10€ per pack (which lasts 7 days); in contrast, if there is a proven resistance then the frequently used intravenous drug combination of piperacillin and tazobactam is already costing around 50€ per day, and such medicines have more side effects than first-line or second-line drugs. On average, these patients spend 6-12 days longer in a hospital than patients with a disease caused by a non-resistant strain of the same microorganism. In America, treatment for this type of patients costs an average of $20 billion, and an additional $35 billion is lost due to a loss of work productivity. [7]

It can be concluded that antibacterial resistance is growing, and even more alarming – the pathogens that cause these diseases do not know national borders. [5] While developed countries are increasing their focus on this problem, developing countries, often due to their poor economic situation, keep neglecting this problem.

Patients in hospitals are tested to pinpoint the causative agent and to use antibiotics as  specific as possible, which also significantly reduces the use of unnecessary drugs. New, more effective tools are being developed and studied. The control of already existing infectious outbreaks is becoming more and more active. The effects of antimicrobials on the environment are also not forgotten. Many countries are developing guidelines for veterinary practice to minimize their antibiotic consumption. Also, being explored are the microbiota (set of microorganisms) and the environment, in order to gain a better understanding of the ability of resistant bacteria to survive in soil and water.

The public, us included, must not forget that we are all responsible for this problem. It must always be remembered that antibiotics do not cure viral diseases. A cold is a self-limiting illness, time and rest are the best treatment against it. Medicines prescribed by your doctor should be used at exact doses for as long as they are prescribed.

Self-treatment is strongly frowned upon, as drugs that helped with one disease may cause no effect in the case of another, even if the symptoms are very similar. The most suitable treatment method in each situation can only be identified by an appropriate specialist. Doctors, on average, study for ten years and continue to improve their knowledge throughout their lives, in order to be able to diagnose correctly and choose the best treatments. Regarding taking care of the environment, it should not be forgotten that unused medicines should be eliminated in specific ways so that they do not cause contamination. Hand washing is also the main and simplest preventative measure that we can do every day to prevent the spread of various infectious diseases. Let’s be responsible for our own health, our close ones’, and the next generations’.

32 replies on “ What are the effects of uncontrolled use of antibiotics in humans? ”