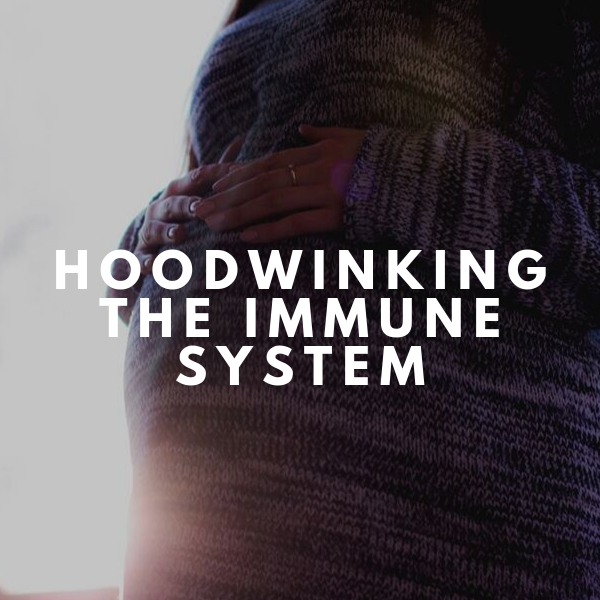 Who would imagine drawing an equal sign between the placenta and cancer cells?

Obviously, the structures are not identical, but they both interact with immune system in a similar way. Placenta helps scientists to understand what cancer does to the immune system, so that it can survive. It all began in an unexpected way when a scientist who was pregnant donated blood for research purposes, whose immune cells behaved in a rather different way than normally. Thus Dr. Markovic and his team began to enquire about this observation…

What happens to women’s immune system during pregnancy?

One may wonder – how does a fertilised egg also known as zygote survive, taking into consideration that it is a foreign entity to the immune system (half of the genetic material is different from the mothers’). Theoretically the immune system should attack and destroy the new cell, but it does not. This is explained by the fact that the pregnancy creates a unique immunological condition. However, the unique condition should not be understood as weakened, as some associate pregnancy with immune suppression. In fact, pregnancy is about conservation of the species and thus protect the mother and offspring is fundamental. During pregnancy, the unique condition of mother’s immune system entails higher level of recognition, communication, trafficking and repair.

If one compares immune system before and during pregnancy, there are several indications at the molecular level that demonstrate the different states. If we look at the role of immune system – one of the main functions is to protect the body from foreign organism that may cause infection and disease. How does the immune system manage it? Through cell migration, recognition, response to the pathogen.

At the beginning of pregnancy, there is an increase of inflammatory molecules and cells. High level of inflammatory cytokines are present. These cells compact into the lining of the womb and create an inflammation. Zygote is structured into two primary cell lines: embryoblast and trophoblast (the outer layer). The latter afterwards proliferates and forms cytotrophoblast layer, which consists of two types of cells – syncytiotrophoblast and extravillous trophoblast (EVT). These EVT cells later on anchor the placenta. They act similarly to cancer cells by high-capacity to proliferate, create blood supply and migrate.

After the inflammation stage, the next 15 weeks are characterised with repressed immune system so that the foetus can grow and develop. There is an increase of anti-inflammatory cells and molecules that protect the foetus (regulatory T cells are fundamental to this anti-inflammatory stage).

How do cancer cells interact with the immune system?

Firstly, both have high proliferation. Cancer cells and trophoblast cells have a very high telomerase activity – during pregnancy, high telomerase activity is observed during the first trimester, until the placenta has been formed. Secondly, in both cases – there has to be established a mechanism of nutrition supply. To invade, there has to be enough growth factors, alterations in cell adhesion molecules, and secretion of proteases. Both cells perform this activity, however, trophoblast cells do that in an organised manner without metastasis as one can observe in cancer cells. Third, both cells regulate the immune system. Cancer suppress the immune system with two molecules – PD-L1 and galectin-9. Both molecules inhibit white blood cells and increase the activity of regulatory T cells, which are known to be immunosuppressive. In pregnant women, the levels of PD-L1 and galectin-9 have shown to be elevated. There is a wide acceptance that cancer causes inflammation by secreting cytokines in the surrounding environment or in the blood stream. This allows the cancer to grow and induces to form new blood vessels. Similar mechanism is during placenta development when more blood vessels have to be formed to nurture the foetus. This mechanism is induced by the immune system. It results not merely in immune system ignoring the foreign cells, but even encourage and allow them to grow, proliferate, and develop.

What placenta can teach us about cancer treatment?

The fact that both trophoblast cells and cancer cells entail similar mechanisms, can help scientists to develop drugs that may cure cancer. There are already medications that are used in cancer immunotherapy – with an effect to inhibit PD-L1 (but it has also a side effect – destroying not only the cancer cells but also the healthy cells). The objective is to detect genes that have to be silenced in cancer cells. This research can also help to detect and diagnose ovarian and endometrial cancers. For example, abnormal inflammation and formation of new blood vessels may serve as an indication to ovarian cancer.

1 reply on “ How does cancer hoodwink the immune system? Placenta may have an answer ”