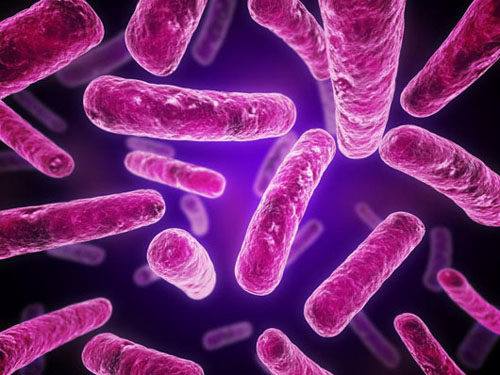 Researches have established that Candida auris is an emerging pathogenic fungus that causes invasive infections. This was reported on four continents during 2009-2015 by CDC (Centers for Disease Control and Prevention). The organism is deceptively difficult to find using traditional diagnostic methods. Some isolates have been found to be resistant to all three major anti-fungal medications. Lastly, C. auris has caused healthcare associated outbreaks.

Spread of pathogen C. auris
C. auris was first described in 2009 after being isolated from external ear canal discharge of a patient in Japan. Since then, reports of C. auris infections, including bloodstream infections, have been published from several countries including: Colombia, India, Israel, Kenya, Kuwait, Pakistan, South Africa, South Korea, Venezuela, and the United Kingdom. To determine whether C. auris is present in the United States and to prepare for the possibility of transmission, CDC issued a clinical alert in June 2016. The alert informs clinicians, lab-workers, infection control practitioners and public health authorities about C. auris and requests that these cases need to be reported to state and local health departments and CDC. Data from these cases suggests that transmission of this pathogenic fungus might have occurred in U.S. healthcare facilities and demonstrates the need for attention to infection control measures to control the spread of this pathogen.

C. auris causes several serious concerns for public health
The main concern is that the isolates are multidrug resistant with some strains having elevated minimum inhibitory concentrations to drugs in all three major classes of antifungal medications (a feature not found in other clinically relevant Candida species). Secondly, C. auris is challenging to identify requiring specialised methods such as matrix-assisted laser desorption/ionization time-of-flight or molecular identification based on sequencing the D1-D2 region of the 28s ribosomal DNA. When using common biochemical methods such as analytical profile index strips or the VITEK 2, C. auris is often misidentified as other yeasts (most commonly Candida haemulonii). Finally, this fungal infection has caused outbreaks in healthcare settings. Multidrug resistance and healthcare associated transmission are often found with resistant bacteria such as carbapenem-resistant Enterobacteriaceae.

Seven cases occurring during the last 3 years were reported to CDC
Six of seven cases were identified through retrospective review of microbiology records from reporting hospitals and reference laboratories. Cases were reported from four states: Illinois Maryland, New Jersey, and New York. Recent travel outside the United State documented only one patient. In 2013, the New York patient had been transferred less than 1 week earlier from a hospital in the Middle East. In addition, five patients had     C. auris initially isolated from blood, one from urine and one from the external ear canal.

Finally, this fungal infection has caused outbreaks in healthcare settings.

The importance of prevention

It is important that U.S. laboratories accurately identify C. auris and for healthcare facilities to implement recommended infection control practices to prevent its spread. Local and state health departments and CDC should be notified of possible cases and isolates of C. haemulonii and Candida spp. that cannot be identified after routine testing.

In order to decrease the risk of transmission, healthcare personnel in acute care settings should use Standard and Contact Precautions for patients colonized or infected with C. auris. In nursing homes, providers should at first consider the level of patient care being provided and the presence of transmission risk factors when deciding on the level of precautions. If such patients are transferred to other healthcare facilities, receiving facilities should be notified of the presence of this multidrug resistant organism to ensure appropriate precautions are continued. Facilities should also ensure thorough daily and terminal cleaning of rooms of patients with C. auris infections including the use of an EPA-registered disinfectant with a fungal claim.

In addition, facilities and laboratories are requested to continue to report cases and forward isolates of C. haemulonii and Candida spp. that are not identified further after using common laboratory identification methods to state or local health authorities and CDC who can provide consultation about the need for additional interventions to prevent transmission.